Shooter could face the death penalty; 44-year-old neighbor will be charged with multiple felonies in connection with robberies in Orange County 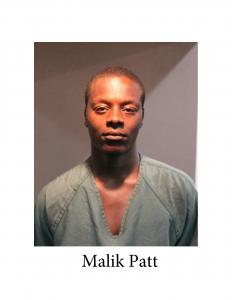 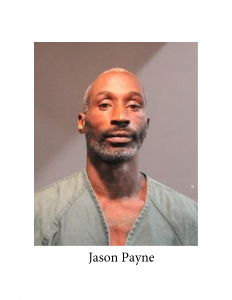 SANTA ANA, Calif. – A 20-year-old Los Angeles man will be charged with three felony counts of special circumstances murder in connection with a robbery spree targeting convenience stores that left at least three dead and another three people wounded across several Southern California counties. The man’s 44-year-old neighbor will be charged with felonies in connection with several of the robberies that occurred in Orange County on July 11, 2022.

Authorities across Southern California are continuing to investigate numerous other crimes believed to be connected to the pair, including an attempted murder at a Riverside 7-Eleven and robberies in Los Angeles, San Bernardino, and Riverside counties.

Patt could face the death penalty if convicted. He is currently being held without bail.

He faces a maximum sentence of approximately 9 ½ years in state prison if convicted. Patt and Payne are scheduled to be arraigned Tuesday, July 19, 2022.

“This is a stone-cold serial killer who executed innocent people,” said Orange County District Attorney Todd Spitzer. “Every time he walked into another donut shop or convenience store, the clerk behind the cash register had no idea the death and destruction that he had already left in his path – and that they could be his next target. He could have taken the money and left them alive, but instead he chose to kill whoever and whenever he wanted. And he would have kept killing if it weren’t for the amazing work of law enforcement to identify these individuals and arrest them so quickly. This is law enforcement at its best – working together to ensure that violent criminals are taken off our streets and prosecuted to the fullest extent of the law.”

California state law allows serial murders that occurred in other counties to be consolidated and prosecuted in a single county in the interest of judicial efficiency and to prevent victims from having to endure multiple court proceedings in different jurisdictions.

The following crimes will be prosecuted in Orange County:

On July 9, 2022 Patt is accused of shooting a sleeping homeless man in the head in North Hills in Los Angeles County after robbing a 7-Eleven. The man died from his injury. The Los Angeles County Coroner has not yet released the victim’s identity pending notification of next of kin.

Twenty minutes later, at 3:23 a.m. Patt is accused of shooting and killing 24-year-old Matthew Rule after trying to walk into a Santa Ana 7-Eleven in the 300 block of E. 17th Street, but finding it locked. Rule was shot in the head after Patt confronted him and another man in the parking lot.

At 4:55 a.m., Patt is accused of robbing a 7-Eleven store in the 300 block of E. Whittier Blvd. in La Habra and then shooting a man sitting in a vehicle outside of the store. The man was shot in the face, but survived. Patt is also accused of shooting and wounding the 7-Eleven clerk who came out of the store.

Following the shootings, Patt is accused of carjacking a resident leaving his home and then later abandoning the stolen vehicle.

Payne will be charged in connection with the robberies that occurred in Santa Ana, Brea, and La Habra and the attempted robbery in Santa Ana.

“On behalf of the Brea Police Department, we would like to offer our sincere thanks to District Attorney Todd Spitzer and the men and women in his office for their diligence in filing the appropriate charges for the subjects in custody,” said Brea Police Chief Adam Hawley. “We will continue to work closely with them moving forward for the prosecution.  Through these collaborative efforts with the District Attorney’s office and the other involved agencies, I believe we will bring justice to the victims and victims’ families.  In closing, we again offer our deepest condolences to all those affected by these tragedies. We are with you.”

Aliso Viejo Man Sentenced to Life Without the Possibility of Parole plus 84 Years and Four Months to Life for Murdering Father, Father’s Girlfriend, Attempting to Kill Two Roommates