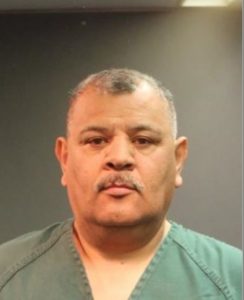 Santa Ana, Calif. – A former Santa Ana College welding instructor has been charged with four felonies for molesting a 15-year-old high school student enrolled in his class. Authorities are asking for the public’s help in identifying other possible victims of the instructor who taught at several high schools and community colleges across Southern California.

Santa Ana Police Special Crimes Section detectives arrested George Moreno, 59, of Cherry Valley, at Alessandro High School in the City of Hemet on January 7, 2020. He is currently employed through the Riverside County Office of Education as a welding instructor at the high school.

Moreno has been charged with four felony counts of lewd acts with a 15-year-old child. He faces a maximum sentence of five years if convicted. He was released from the Orange County Jail after posting $50,000 bail.

Moreno was a welding instructor at Santa Ana College from 2007 to 2018. Students from Santa Ana Middle College High School, which is part of the Santa Ana Unified School District, were enrolled in his class during that time.

In August 2019, a woman reported to Santa Ana police that she had been sexually molested by Moreno beginning in 2015, when she was 15 years old. The victim reported numerous incidents that occurred on campus over a three-year period.

“Teachers are entrusted with our most precious resource – our children,” said Orange County District Attorney Todd Spitzer. “Classrooms should be safe place where children can learn – not hunting grounds for predators.”

Authorities are asking for anyone with additional information to contact Santa Ana Police Detective Gerry Corona at 714-245-8343, Gcorona@santa-ana.org or Orange County Crime Stoppers at 1-855-TIP-OCCS.